The Express Entry Program is an electronic system for Canadian immigration. The system creates a pool of possible candidates for immigration to the country and candidates are assessed according to a number of criteria. Candidates that rank the highest will be able to submit an application to immigrate to Canada.

The Comprehensive Ranking System (CRS) is the points based system that is used to review and score a candidate profile in order to rank them in the Express Entry pool.

The CRS ranks applicants who hope to migrate to Canada and who are qualified under one of the following three federal economic immigration programs; the Skilled Worker Program, the Skilled Trades Program and the Canadian Experience Class. Once a candidate is deemed eligible, they will be entered into the Express Entry group and rated alongside other candidates in the group. There are as many as 1,200 points attainable under the Express Ranking system which is subdivided as follows:

The following will outline the importance of establishing eligibility before hand

It’s crucial that potential Canadian immigration candidates going through the Express Entry process are fully aware that their Comprehensive Ranking System points are only of value if they are qualified to get into the Express Entry pool. Qualifications to enter the pool are determined through an independent evaluation that determines whether or not a candidate is eligible for one of the federal immigration programs mentioned previously. If you want help establishing eligibility, our Immigration Consultant can help.

Once a candidate is determined to be eligible, they will have the opportunity to enter the pool and will then be ranked within the Comprehensive Ranking System with other eligible candidates for one of the federal economic programs. The candidates that have the highest rankings are then issued an invitation to apply.

Details regarding core human capital can be confusing, making it one of those instances when our immigration lawyers or immigration consultants can help.

Level of education as well as language ability

– Language ability and Certificate of qualification in a trade

– Anticipation and preparation in regards to the Comprehensive Ranking System

Be Prepared; Knowledge is Power!

Thanks to the ability to find out complete details regarding the system online today, as part of the public domain, candidates are in the perfect position to prepare for Canadian immigration through the Express Entry program. Our experienced Immigration Consultant or Immigration Lawyers will encourage you to ascertain your eligibility prior to applying.

If for some reason you’re currently not eligible, our Immigration Lawyers or Immigration Consultants can help you determine the best way to work on becoming eligible, including gaining additional work experience, taking and/or re-taking a language test, etc. If you find that you are eligible, you can start assessing how you might rank using the Comprehensive Ranking System and show initiative by making connections with Canadian employers who have the ability to offer you a job that can make the entire process of immigrating to Canada much easier.

For a complete overview of the Comprehensive Ranking System, please visit this page.

For further information please contact us at [email protected].

Immigration Canada has announced they will...
Visit Our Blog 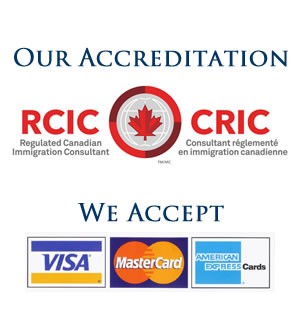